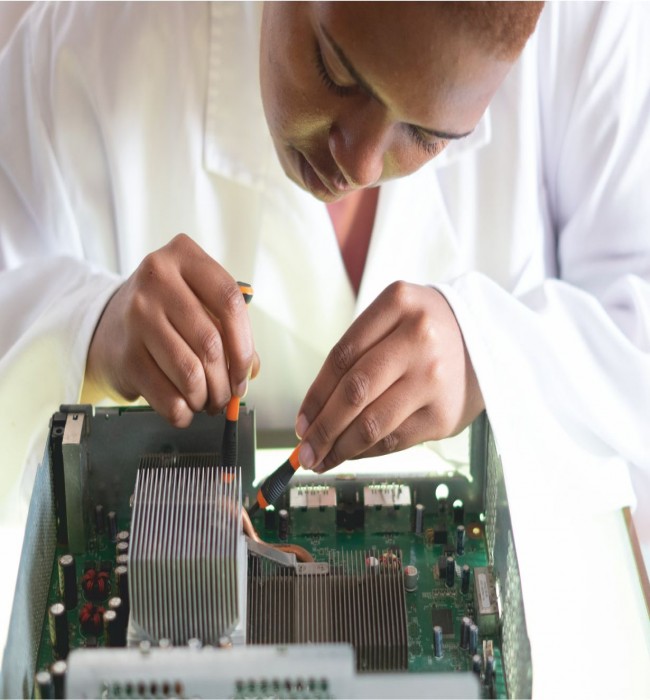 A fire broke out in a laboratory of Jadavpur University’s electrical engineering department early on Thursday, 24th March and destroyed instruments worth nearly Rs 4 crores. The blaze destroyed the illumination section of the lab at around 12.30am, an official said. Research scholars who were working in other parts of the building that houses the lab, alerted the firemen and three engines were urgently dispatched to contain the fire. It took the firemen more than half-an-hour to contain the blaze.

The laboratory incidentally, is named after Manick Sorcar, eldest son of world-renowned magician P.C. Sorcar who is a lighting design expert currently based in Denver, Colorado (US).  In March 2011, Sorcar had assisted the university in the opening of a laser animation lab under the university’s School of Illumination Science. Eyewitnesses recounted the horrific inferno while speaking to the news agencies covering the incident.

Parthasarathi Satbhaya, a professor of the school, said instruments like chroma meter, oscilloscope, thermal imager, flux meter and other high value instruments used for measuring temperature, literally melted under intense heat. “In the initial estimate instruments worth Rs 3 to 4 crores have been destroyed. All these gadgets were procured over the past two-and-a-half decades. The loss of data stored in the computers is also a matter of concern,” said Satbhaya.

This has dealt a blow to the research of the scholars, said a JU teacher. “Funds were sourced from different state and central grants to buy these instruments. We have to start from the scratch,” said Saswati Mazumdar, head of the electrical engineering department.

A JU official said, both the school and the department use the infrastructure of the lab. “Since the school does not have an infrastructure of its own, it used the lab for experiments on light communication,” he said. Fortunately, no one was working at the lab when the fire broke out,” said another JU official, “Otherwise, the scale of damage could have been greater.”   JU registrar Snehamanju Basu said, although the reasons of the fire are not clear, it could be a case of short circuit.

Incidentally, the cell culture laboratory, on the fourth floor of Sushrut Building that houses the pharmaceutical technology department where effects of cancer drugs are studied, was gutted in a fire in 2015.